Step Up or Step Across – from Rec to Tech

Step up or Step Across? The leap from recreational to technical diving

Most dive agencies lay out a ladder type pathway for dive development, showing each course as a step up, building on the last. Then you reach the top of the ladder, Master Scuba this or Leading that… At this point continuation of your dive training appears to be further upwards, into professional qualifications (Dive Master / Leading diver) or perhaps into technical qualifications, cave, open circuit or rebreather. Both are presented as upward steps. Looks better on the marketing and appeals to people’s sense of status. I really wish we could stop doing that.

Rather let’s look on each of those pathways as separate roads, all a bit windy and in places, touching or connecting. For example, open water Sidemount. Doesn’t need to be technical, or another example. SAC rates and gas planning, should be the same across all pro/rec/tech pathways. Even buoyancy trim and propulsion should touch more closely.

Now before we start I’m not a trim nazi who insists that all of you have to be flat and frog kicking. As long as you are safe in the recreational diving ranges and HAVING FUN, no problem. Yes, you will enjoy your dive more if you can hold good trim, use non silting, non-environment disturbing and efficient propulsion techniques and be like a fish for buoyancy. But you don’t have to. Not if your diving is safe and fun. Not if your ‘style’ does not impact negatively on others. Please enjoy.

The challenge occurs when you want to explore a different pathway. How close you are and how big a leap it will be onto the alternate will depend on your jumping off point. For most recreational divers, the leap across into technical is, at the first level, quite a big jump. If you do it correctly (I’m avoiding ‘Doing it right’ for a reason) and instil a solid foundation at that point for your future technical development then moving from what you’ve been taught recreationally to technical will be challenging. A good tech instructor will be honest about this and should not box tick you through an intro to tech or entry level tech course just to sell you on the next levels.

Let look at the main changes from recreational to technical

How can you prepare for and cope with these pathway changes?

There are many areas above that could be applied equally well to all diving, whether on a recreational, technical or professional pathway. However look for the commonalities between pathway. What has proven to be good examples that can enhance safety, enjoyment and skill in all pathways. Try to integrate these into your current diving and development plan. For example, propulsion techniques. Seek out an instructor not for courses but for a day or two’s coaching. Work on specifics that develop you on your current pathway.

The choice is not to step up onto some imaginary higher status ladder, it’s to step across and develop yourself down the pathway that best meets your diving ambitions.

Matt Jevon, M.Sc. F. IoD is a Full Expedition level Trimix and Cave instructor on OC and CCR with TDI and ANDI. He is the JJ-CCR and Divesoft Liberty Sidemount instructor and dealer for Ireland. Matt’s personal diving has included cave exploration in the Philippines, wreck projects in Croatia and Ireland as well as being one of the inaugural dirty dozen in Truk! Matt has held accreditations as an interdisciplinary sports scientist, sports psychologist with BASES and was a British Olympic Registered Strength and Conditioning Coach and invitee on the Olympic Psychology Advisory Group. Matt works in high performance business as a board advisor and non-exec, high performance sport and is a partner in South West Technical Diving in Ireland. www.swt.ie and writes the Facebook page Psychological Skills for Diving 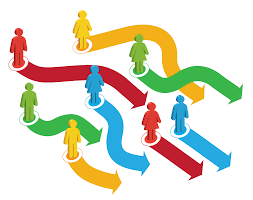