Learning Skills from some instructors might be a waste of time

Skills are the foundation of safe and enjoyable diving and the building blocks of all diving certifications. The comment here is not that learning skills is a waste of time, but, learn them from the wrong instructor, and you will have to re-do them completely for them to be of any use.

Until you get into deep trimix or cave diving training, there is little emphasis in diving qualifications on anything other than meeting performance based skill standards. That is you can do a shutdown in 40 seconds whilst keeping perfect buoyancy. You can deploy a long hose without it looking like an advanced knitting technique. Very pretty for the video feedback and easily and calmly done in response to an instructors signal. Frankly however not much use in the real world. Neither by the way is the pseudo wanna be military types with camouflage trousers and a ‘my agency is tougher than yours’ attitude. The ripping masks and fins off at random and messing with kit is just dangerous, and not a learning experience that benefits any student. I did my Mod1 a few years ago with an ex military instructor and he was clearly against that type of BS and states in his course materials that he has no time for it. In cave or trimix, lessons have been hard learnt by the instructor and are passed on to the student who will also have gained considerable experience (if wise) before embarking on this route.

It’s little wonder then that we hear so often, its not the agency or the course, its the instructor. Why? Well if all you do is get someone over a fairly subjectively set line on a skill performance, you can sign them off as passing, frankly that sucks. What does the student get? Well, they might have learnt a new skill that they can trot out in response to the appropriate signal from an instructor, but that’s it. What is the students capability to recognise the how, the when, the where but most importantly the why of the skill. Realistic prompts and cues the student will recognise that should kick them into executing the skills should also be included.

Why then are some instructors more valued, have great reputations and their courses felt to ‘graduate’ better divers. Of course, these great instructors are not happy getting students ‘over the line’ they will demonstrate demand and insist that the student executes much higher standards of skill performance. They will be great teachers. That is they will have an empathy and connection to the student and be able to make things understandable in a way that suits the students preferred learning style. I’d have been up for expanding on this point, but to be fair, Mark Powell’s presentation at Dive 2015 on why training doesn’t work, knocked that one out of the park. Worth reiterating his point on how, without practice skill performance drops dramatically in only a few weeks. This is common in motor learning theory. There are a couple of influencing factors. First how well was the skill mastered at the time? If only just over the line the chances of being able to repeat that skill even one week later is slim. The second is how many different ways and scenarios was the skill practiced. Even if you can execute the movements well, learning skills though is wasted in the first place if you don’t know the context and the triggers for using them. Every CCR diver knows how to bail out, its the when, the why and the ‘on to what’ that’s really important. Not leaving it too long, but also not abandoning a piece of life support equipment in an ill thought out rush.

So what do great instructors do? They get you to learn not just the mechanics of the skill, but also the context and scenarios in which that skill is to be applied. This is far more prevalent in technical training than recreational, probably because it’s harder to become a tech instructor with most agencies, tech instructors have a solid basis from teaching recreational and they have probably been in the contexts or situations for which they are teaching. They carefully control the stress levels to which they expose the student, building the students autonomous responses or reasoned responses to the real life everyday scenarios they might face in their diving.

This is the same when teaching recreational. A recent facebook post showed students still kneeling for skills. Comments were made ‘this might have been their first dive, bit early to expect neutral buoyancy’. I disagree, of course I’m not going to expect perfect buoyancy, but I am going to demonstrate to the student what good looks like and what they will aspire towards. I’ll then work harder on helping them master this early ahead of out of airs etc because once the foundation is in place (buoyancy / trim / propulsion) all other skills can be learnt and mastered “in context”. No-one is going to come to you out of air while both you and they are kneeling in a pool.

Learning is a psychological process and as such, because we are all individuals, we all learn differently. Teaching styles and learning environments must account for these individual differences. In diving we embed motor skills into the learning process but we also would be well advised to develop stress management, thinking skills / decision making, and appropriate autonomous responses. There are some very gifted instructors out there who manage this naturally. For most, they have to think and plan their way to help students get the best out of themselves.

In sports coaching research, there are a couple of interesting concepts that are gaining great buy-in from some of the leading practitioners. These are Authentic Coaching and Holistic Coaching. Firstly authentic coaching, theres a good article by Barnson, (2014), but essentially the coach is true to themselves and to the coachee. Obvious you say, but not in reality I fear. There are many coaches and instructors who behave how they think the student or the agency or worse, behave in ways they think makes them look cool or saleable. Our previous gung ho militaristic type is one of these. Similarly I fear anyone whom actually likes wearing a shirt with Instructor and loads of badges. Sometimes you have to for marketing and/or to represent a centre. Personally I’d rather be recognised for what I do. If you are not being true to yourself and ‘playing a part’ that falseness will come through in your teaching effectiveness.

Holistic coaching, a term brought to the fore by Tanya Cassidy is looking far more at the person as a whole as opposed to just what skills they need to learn. For example, if a person needs to learn a bailout drill, it doesn’t take long to teach the mechanics of the drill. Holistically though we should address that persons abilities around emotional control, decision making, concentration, physical attributes etc. In holistic coaching its thought by taking and developing the whole person, using the coaching situation or context as a tool, you enrich the person inside and outside that coaching interaction. I tend to agree. Im certain that the learning experience is richer, that skills are more deeply embedded, and that context and cues for when and where to apply those skills have been thoroughly covered.

Professional knowledge – detailed and applied knowledge about the art, science, skills and tactics of what they are coaching

Interpersonal knowledge – an ability to build and foment relationships

It also needs to be measured. To be effective you have to know where your start and finish points are and whether the process of coaching or instructing is what is making the difference in getting people there. For sure there are the very talented who need minimal coaching and conversely those for whom no amount of coaching will ever make a difference. Quite a complicated interaction then, well yes, but so it should be.

How do we get instructors over the line. Well, in developing performance sports coaches we have identified the vital importance of good mentors. They help the instructor reflect, develop and really build the inter and intra personal knowledge. Traditional coaching courses and instructor courses are pretty good at developing the professional knowledge, although again the mentors are invaluable. In my own instructor development I’ve been very privileged to have an outstanding mentor who I still see a couple of times a year, to great value.

Ask yourself before you book on training if its going to give you what you want. Ask the instructor you’re considering how much of your training is scenario based, how much work do they put in setting up decision making opportunities, how do they mimic realities for when you will have to implement the skills. Ask about, good instructors will be delighted to engage with you on this.

Matt Jevon, M.Sc. F. IoD is a Full Expedition level Trimix and Cave instructor on OC and CCR with TDI and ANDI. He is the JJ-CCR and Divesoft Liberty Sidemount instructor and dealer for Ireland. Matt’s personal diving has included cave exploration in the Philippines, wreck projects in Croatia and Ireland as well as being one of the inaugural dirty dozen in Truk! Matt has held accreditations as an interdisciplinary sports scientist, sports psychologist with BASES and was a British Olympic Registered Strength and Conditioning Coach and invitee on the Olympic Psychology Advisory Group. Matt works in high performance business as a board advisor and non-exec, high performance sport and is a partner in South West Technical Diving in Ireland. www.swt.ie and writes the Facebook page Psychological Skills for Diving 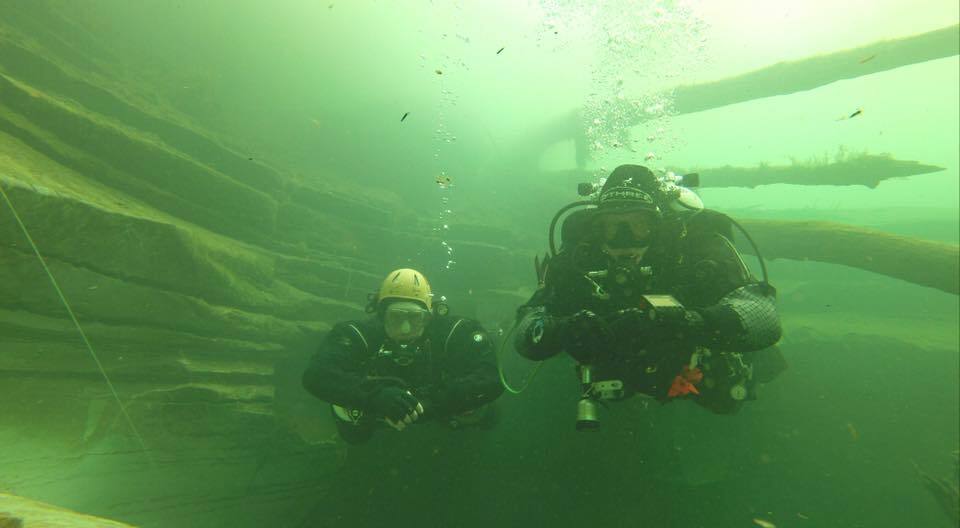