Setting up an Emergency SMB

Marking up an Emergency SMB

There is a standard protocol in tech diving for certain DSMB colours to be used for notifying surface support (land or shore based) of whether life is peachy or if help is needed. In Europe Orange /Red is good and Yellow means assistance. A lot of USA operations are reversed. It doesn’t really matter to me as long as the protocol is pre-agreed with surface support beforehand and everyone knows what’s expected.

Configuring the Orange should be easy. Choose a DSMB as per our video here https://www.youtube.com/watch?v=eBJD1ubMd08&list=PLQdtd4uMGwGVCbJ-VWSBYPbPDbdw7HqgE on choosing and launching an SMB, and then for the Orange or non emergency, write your name on it.

For the emergency there are a couple of things you can do to make your life easier and reduce launch time and stress levels in case of emergency.

The Keep it Simple principle applies.

Least number of actions, performed simply is best. That’s why you don’t pre tie the smb to a reel or spool – in case you have to take off one and put on the other or take off and send up an existing line.

Let us know any questions or subscribe to our newsletter for more tips here. http://eepurl.com/gRLAYz

Matt Jevon, M.Sc. F.IoD is a Full Expedition level Trimix and Cave instructor on OC and CCR with TDI and ANDI. He is the JJ-CCR and Divesoft Liberty Sidemount instructor and dealer for Ireland. Matt’s personal diving has included cave exploration in the Philippines, wreck projects in Croatia and Ireland as well as being one of the inaugural dirty dozen in Truk! Matt has held accreditations as an interdisciplinary sports scientist, sports psychologist with BASES and was a British Olympic Registered Strength and Conditioning Coach and invitee on the Olympic Psychology Advisory Group. Matt works in high performance business as a board advisor and non-exec, high performance sport and is a partner in South West Technical Diving in Ireland. www.swt.ie and writes the Facebook page Psychological Skills for Diving 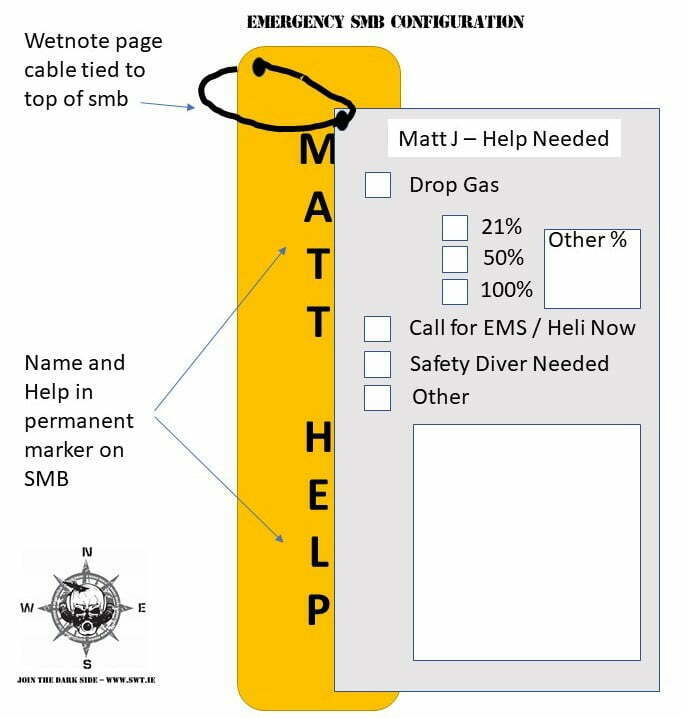